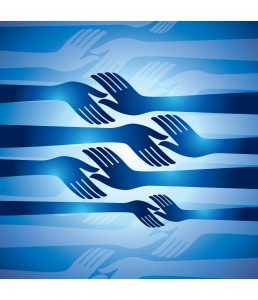 I was recently talking to my teenage daughter about colleges. I told her that a diverse campus would enhance her college experience and suggested that perhaps she would be more comfortable in a co-ed college where many ethnicities, races, nationalities were represented. She responded that she didn’t think diversity was all that important to her. I asked her, “Would you want to go to a college of mostly men?” And she responded, “Would you feel comfortable going to an all-women’s college?” I thought about that for a moment, and turned back time a few decades, to my college-bound self.   As a young woman, I would have felt very comfortable at an all-women’s college. I responded, “sure,” and my daughter looked at me smugly. Clearly, a college of all women is not as “diverse” as a co-ed college. In fact, the only reason I did not attend an Ivy-League all-women college to which I was admitted at the age of 17, was that I simply couldn’t afford it.

As a workplace consultant and employment attorney practicing over 20 years, the conversation often turns to diversity in the workplace. In the course of my work training and coaching many executives and professionals, I have come to realize from the stories of hundreds of professionals, that “diversity” has different definitions depending on who is using the word.

Diversity as used by those at the most senior leadership levels encompasses the most diverse and expansive definition. This generally references diversity in all its forms: racial, ethnic, gender/transgender, skill-based, problem-solving, language based, backgrounds, experiences, etc. That is, at the most senior levels of very large companies, the leaders want to ensure that their clients and workers are heavily leveraged and that their offerings are many. Senior leaders aim to enhance products, services, and experiences for internal and external stakeholders (employees, customers etc.). There is an inherent recognition at the highest levels that “diverse” means “different from me,” because it is impossible for one person to be, and to offer, diversity all by themselves.

Midlevel leaders are a zoomed-in version of their senior counterparts—they focus mostly on internal diversity—does everyone in their department have a fair shot? Are there actual or perceived barriers to opportunity which would cause talent to leave? Do people of different races, ethnicities, genders/gender identity/sexual orientation, work-approaches, personalities etc. want to and feel comfortable enough to work on my team? Will I be accused of excluding people? What is my reputation for managing different people with different styles?

Junior people use diversity in a different way entirely. Diversity from the junior person’s perspective does not ask “is this place diverse *from* me” but “is it diverse enough *for* me?” For junior individuals, it is actually not about diversity but about belonging. The question seems to be, “Do I feel there are enough people like me in the equation that I can reasonably conclude I have a fair shot to succeed?” And ultimately, “Do I feel I belong?”

In the end, a junior person’s approach to diversity, the answer to the question “do I feel like I belong?” may be the one on which to build. The more types of people who can answer that question as “yes,” the more evidence we have that diversity has been achieved, from whichever perspective you view it.