If left-handed people had a convention (post-COVID) would they shake with their left hands? Would fork, knife, drink and napkin settings be reversed? Would there be less elbow bumping at the table, fewer spills due to customized changes in the entire set up?

I am right-handed. I don’t often think about left-handed people, who make up 10% of the world population. But when I do, it’s because I notice a left-handed person doing something with their opposite hand. Opposite from me, that is.

I recall about 30 years ago a classmate of mine was struggling to write. He explained that his mom binds his left hand, so that he would be forced to use his right. I wonder, does he still use his right hand today?

If I attended the left-handed convention, I would be discovered at sign in. I would receive a questioning glance. Maybe I would be the only right-handed person in the room, except perhaps for some hospitality staff. I would feel clumsy in my new surroundings.

At the convention, they would talk about things I don’t think about as a right-handed person. I would learn. Listen. Appreciate that there are others out there who aren’t right handed. And when we clap after the speeches, one couldn’t tell the difference.
#diversityandinclusion 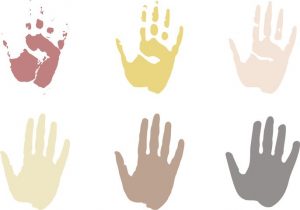